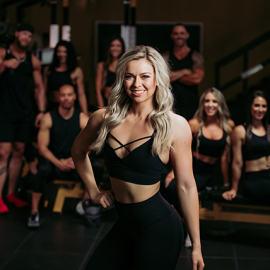 Monday: A
Tuesday: A
Wednesday: A
Thursday: A
Friday: A
Saturday: A
Sunday: A
Additional Info: A
Ashley PloussardTrainer and Posing Coach
Living in the Reno/Tahoe area, Ashley has a strong love for outdoor adventure. In her time outside of the gym she takes advantage of the beautiful environment she lives in, paddle boarding and swimming in Lake Tahoe or backcountry skiing and hiking in the Sierra Nevadas. Her active lifestyle stems from a competitive career in dance that began when she was three years old. She is trained in many styles including, jazz, ballet, modern, hip-hop, and more.
In 2013, Ashley came to Camie Cragg Fitness in hopes of expanding her varieties of exercise and gaining more confidence in gym environments. She began in the SWITCH program and quickly fell in love with group training. Ashley has said, “I found the energy of CCF easily tributed to the compassionate trainers and fun-loving gym members.” She naturally progressed into small group training, which increased her rate of specific muscle group build, while still toning her body as a whole.
Ashley’s love for fitness brought her to her newfound passion for bodybuilding. She has competed in shows of the National Physical Committee (NPC) and the Nspire Sports League (NSL), placing top five at every competition. Recently she was crowned Overall Beach Bikini Champion at the 2017 NSL Tahoe Show. She participated in the Project C program here at CCF, preparing for each of these competitions. This program expanded her knowledge of nutrition and fitness, allowing her to customize these practices to herself as well as others with varying body types. 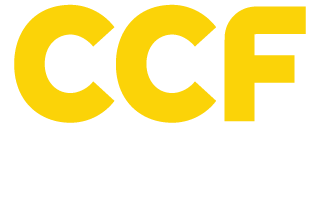